Bargaining began Monday between the Ontario government and a major education union, the first in a series of talks scheduled with labour groups in the sector before contracts for teachers and other school workers expire at the end of August.

More meetings are scheduled this week with unions representing teachers in elementary, secondary, French and Catholic schools, the government said.

Existing contracts are set to expire on Aug. 31. Unions said they want to see better wages for members and improved education experiences for students, while the government has stressed that it wants to see students in class without disruptions this fall.

Inflation and the high cost of living are expected to be top of mind during the talks, and both sides are entering negotiations with baggage from the recently re-elected Progressive Conservatives’ first four years in government.

The last round of negotiations was fraught, with teachers staging strikes and work-to-rule campaigns. Bill 124, legislation that capped compensation increases for public sector workers at one per cent annually, also played a large role in the tensions.

Premier Doug Ford has since said teachers will be offered a raise “bigger than one per cent” this time around.

The central bargaining committee for CUPE’s Ontario School Boards Council of Unions said in an update earlier this month that it hoped to negotiate a deal that offers more supports for students and “makes sure workers’ pay is no longer eroded.”

“The front-line education workers you chose to represent you at the bargaining table are ready to get a fair deal done that makes the education experience better for kids starting this September and turns education jobs into work that people can afford to do now,” the committee said.

Karen Littlewood, president of the Ontario Secondary School Teachers’ Federation, said her union will be seeking a cost of living increase when talks start on Wednesday, similar to what they sought during the last round of negotiations.

“It shouldn’t be a surprise to anyone that we’re looking for something similar as well this time, given that there really haven’t been any substantial increases and the education sector has been restricted by Bill 124,” she said in an interview.

“We are hoping in this round we will have something that will recognize the really increasing costs that all workers are facing these days, and we’ll be able to have a bit of relief for our workers.”

Littlewood said the union wants an increase “that will keep up with inflation,” and stressed that it would “like to not be restricted by legislation and to be able to negotiate.”

“We’ll see what the government brings to the table,” she said.

“Catholic teachers are committed, as always, to working together to achieve a fair agreement that achieves the best for our students, teachers, education workers, and families, recognizing that educators’ working conditions are our students’ learning conditions,” she said in an emailed statement.

“Bargaining can be a lengthy process, but, as we know, our schools work best when there is meaningful collaboration between teachers and the government.”

Education Minister Stephen Lecce said in a written statement that the government’s priority is to make sure students are back in class “with the full school experience,” echoing comments made earlier by the premier.

“We believe that stability is critical to Ontario students, to ensure they stay focused on catching up on critical life and jobs skills — from reading and writing to financial literacy — that will help them succeed,” Lecce’s statement said.

“We are focused on landing a deal that keeps students in class without any disruptions — ensuring that students can catch up on their studies and graduate with the skills they need for the jobs of the future.”

Earlier this month, CUPE noted that a memo sent from the assistant deputy minister of education said the province is “contemplating” four-year terms for education sector collective agreements, instead of the existing three-year terms.

The memo said the four-year term would allow more stability as students catch up after COVID-19 disruptions and sought input from bargaining agencies on the options of contracts lasting two, four or five years.

The government confirmed Monday that it is seeking feedback on a four-year deal.

CUPE suggested that changing the contract terms would benefit the Progressive Conservatives’ re-election bid in 2026.

Littlewood said the OSSTF will be discussing the idea at the bargaining table when it’s presented in context with the rest of the deal. She added that her union shares the government’s goals of have students learning in classrooms in September.

“We have every intention of being in the classroom and supporting students,” she said.

Fri Jul 22 , 2022
Arizona is blazing a new path in the college option movement by increasing a point out-funded method to let all moms and dads to select where by their youngsters are educated. The influence on community university funds is uncertain as the law signed July 7 by Gov. Doug Ducey could […] 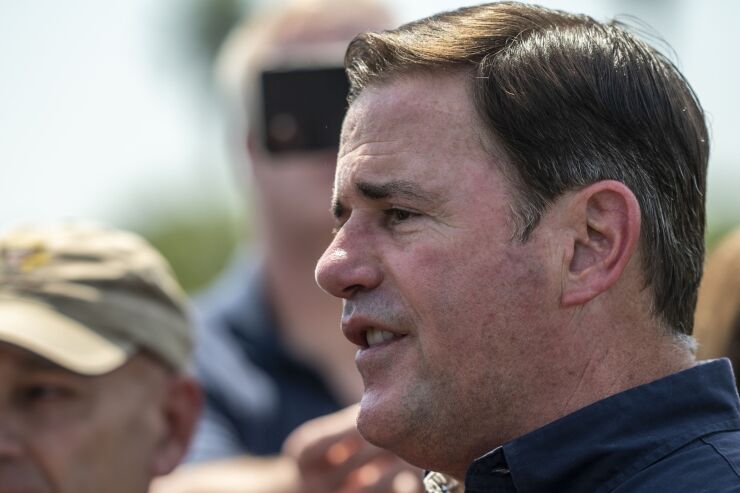